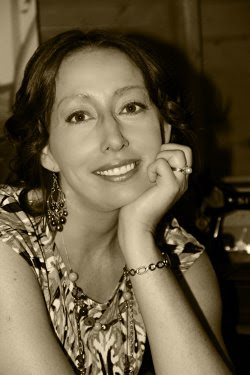 Today we have an interview with Misty Urban, who has recently published a short story collection, A LESSON IN MANNERS and is the recipient of the Serena McDonald Kennedy Award for short fiction collections from Snake Nation Press.
A few words about her:  Misty Urban is a fiction writer, medievalist, college professor, essayist, and editor. She has more degrees than any single person needs and changes employers and residences with regular frequency. She is in the middle of co-editing a collection of essays on the medieval legend of Melusine, and her short story, “The Last Word,” is in the current issue of Talking River. 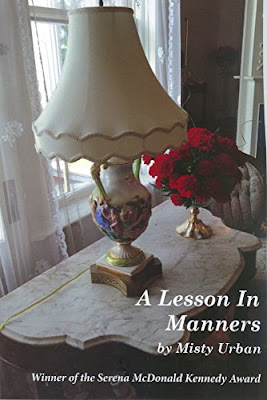 SARETT:  Tell us about the stories in A LESSON IN MANNERS-- and my compliments on a great title!  What drew you to this material?
URBAN: “A Lesson in Manners” is the earliest story in the collection and is based on a real-life event that shattered me. It emerged as one of those second-person “how-to” riffs; the narrator tries to figure out how to deal with her sister’s cancer diagnosis. But I started to notice that most if not all of my stories were dealing in some way with the themes of grief, loss, the bewilderment of not knowing your place in the world. When I started thinking about how to compile the collection, I was drawn to the same questions that the title story takes up: how do you endure an unendurable loss? There is no etiquette for the kind of grief that swamps you. There is no “good” behavior that is going to save you from hurt. So I love the dark irony of that title, and it became the theme that brought the collection together.
SARETT:  Which comes first for you -- the story or the character?
URBAN: For me, the character is the story—the characters and their wants and problems, what is revealed about them in the course of their struggles over a scene or a day or a span of months. The story is how we see into that character’s external and internal landscape and understand the choices she is making. I like stories that are about subtle shifts, usually the realization that there’s no way out—or there’s only one way out, and it’s not pretty.

SARETT: Female writers like Alice Munro (or even Edith Wharton) are sometimes attacked for pessimistic portrayals of women.  What’s your response to this?
URBAN: HA HA HA! HA! Are male authors accused of this? Somehow I don’t think so. When a male author writes a sad and moving story, it’s a touching portrayal of the human condition. When a female author writes a sad and moving story, she’s a downer or she’s cracking up. Sady Doyle makes this point about impossible standards really well in Trainwreck. Thank goodness there are writers like Munro, and Wharton, and Toni Morrison, and Lorrie Moore, and Margaret Atwood, and Amy Hempel, and Jhumpa Lahiri, who dig into the depths of the female psyche and send dispatches from the frontier.

SARETT: In short fiction, the last sentence is all-important (this is rather different from novels.) What’s your approach to endings?
URBAN: I like endings that bring my characters to the brink of an impossible choice and then strand them there. If the last line of a story makes me cry, I know I’ve gotten it right. I try to shape the story so it builds momentum, carrying the character along to that final crushing realization, and then conclude with the image, the metaphor, that punches the final hole and draws up everything that’s been going on all along. Once that final line or image surfaces, I know I’ve gotten my story.

SARETT: Today’s literary journals that are the primary channels for short fiction are seemingly (to me, least) not intended for the so-called  “ordinary”reader.  Can short story writers reach broader audiences -- or does it matter?
URBAN: This was also true when I was in graduate workshops (nearly ten years ago!)  It would help the livelihood of small literary journals if “ordinary” or “mainstream” readers found literary stories more accessible, and didn’t sense some cultural high-brow/low-brow divide. In truth, those stories are really good. But it takes a certain level of training to realize how good they are, and so the divide persists. But I’d love it if audiences were finding short stories they felt directly spoke to them.

SARETT: I know that you teach writing -- and of course, there are loads of rules about writing.  Is there any rule that you secretly enjoy breaking?
URBAN: Write what you know--good advice for beginners. But fiction is for exploring what you don’t know. A wife hiding money so she can escape her cheating husband is found out. (“Trying to Find a Corndog in Tompkins County”) A grieving woman finds work at a treatment center and they can’t help her. (“Planet Joy”) A woman moves away after her mother’s cancer goes into remission and then finds a tumor in her own breast. (“Green Space”) I write fiction to enter other worlds. The same reason I read it.

SARETT:  There’s a lot of microfiction and even “tweet” fiction.  What’s your POV -- are we getting, like, too short?
URBAN: I thought for a long time this trend was a symptom of our cultural laziness. But recently, for a contest, I wrote a story of less than 300 words—and it took discipline to be that precise. I had to think hard about what a story actually is before I could handle the compression.  Micro-fiction might satisfy a craving for things we’re missing elsewhere—the need to excavate around and beneath the written words in a world where so much information is superficial and goes by very fast. Is it a story? That can be debated. But if it makes us exercise empathy, which I think is the chief payoff of fiction, it works.

SARETT:  My blog readers are always looking for new books.  Are there new short fiction books that you’d recommend?
URBAN: Amy Parker’s Beasts and Children knocked my socks off. The characters and situations seemed so odd but relatable.
I’m reading Stephanie Han’s Swimming in Hong Kong and I’m struck by the pitch-perfect, deadpan voice in those stories.
I’ve discovered K. Kris Loomis’s Three Modern Shorts series, and I like the quirkiness and heart of those pieces.
Next year’s Serena McDonald Kennedy Award winner (for short story collections) is a humdinger—Patricia O’Donnell’s Gods for Sale.  It’s accomplished in every way.
In My To-Read Stack:
-Karen Bender’s Refund: Stories
=Edith Pearlman’s Honeydew: Stories
-Megan Mayhew Bergman’s Almost Famous Women: Stories
- Mia Alvar’s In the Country: Stories
- Vanessa Hua’s Deceit and Other Possibilities

SARETT:  Any new projects in the works that you’d like to share?
URBAN: A second story collection, The Necessaries, is making the rounds of contests. My debut novel, The Lighted Heart, is about a squire’s daughter in Shropshire, England, 1832, who is working on Fermat’s Last Theorem. Imagine Lizzy Bennet as an amateur mathematician and first-wave feminist; that’s my heroine.


Buy it for Kindle HERE.

Some places you can read me

Find my work in these publications 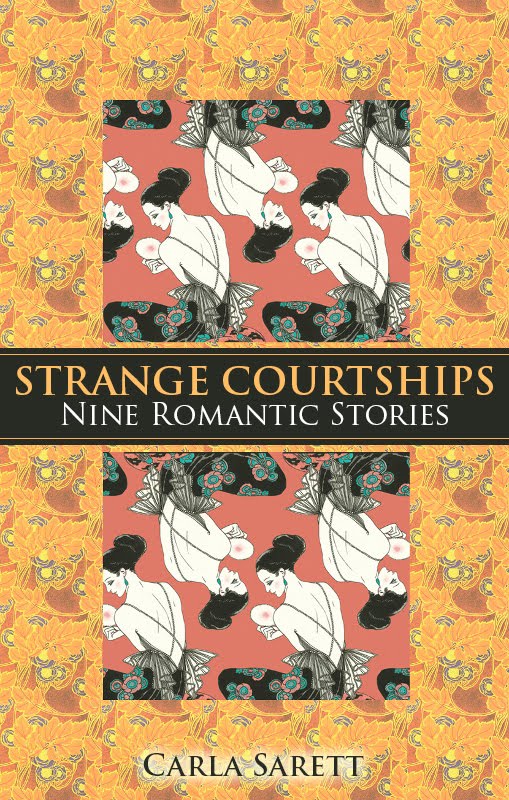 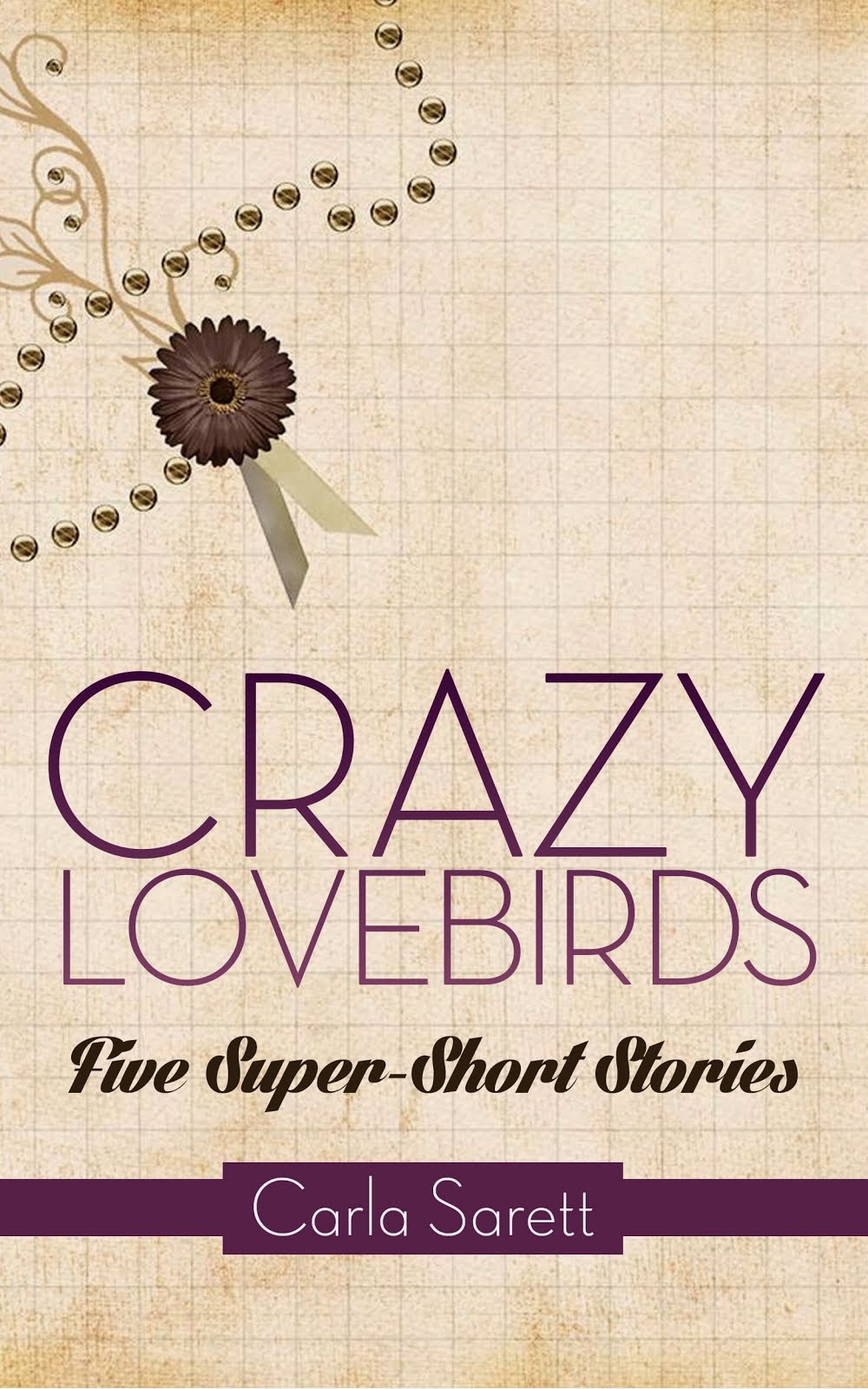